How to Spot a Military Romance Scammer? :: Jump4lovescam.com

How to Spot a Military Romance Scammer?

Online dating made a lot of things easier for us. No longer you have to feel embarrassed when asking someone out, as you don't know your prospective date-mate well. With the arrival of online dating services you no longer have problems like that. You get to know your partner well before asking him or her on the first date. You share the same interests and even if you don't you are well aware of the interests of each other. You don't need to ask your prospective date-mate about what kind of date he or she wants, you can actually figure it out on your own reading between the lines. Well, everyone knows that. 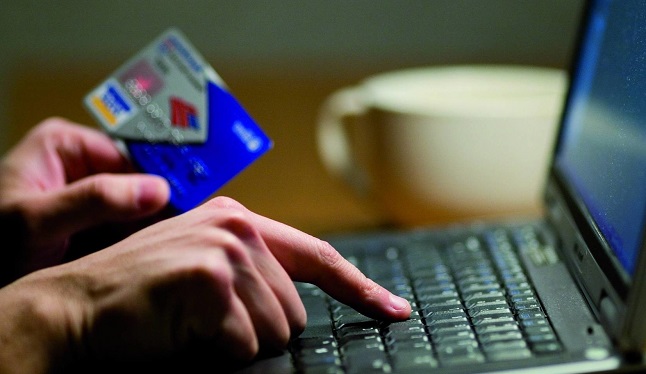 And knowing everything above-mentioned, it seems that there can't be any problems with online dating. But, unfortunately, there are problems. You are well aware about certain stories in real life about con artists. You know, a woman seduces a man or a man seduces a woman in order to take all the money. Basically a con artist. A con artist generally comes a perfect lover. As they target mainly hopeless romantics, con artists come with some sad background. Like they've been tortured by their parents or they've been to war, or their old parents need treatment... or whatever that can make you want give them all the money.

And if online dating is way simpler than offline dating, then it much easier for con artists. What's the main problem with online world? You can create any alter ego for yourself. You can change your name and you can create absolutely different background. You are a wealthy American, but you can pretend to be a poor Armenian. You are a 35-year-old fat white male, but you pretend to be a sexy 18-years-old Asian girl. Well that seems quite cool, doesn't it? It won't give a chance for a real relationship, as your date-mate can easily tell a 35-year-old fat white male from a sexy Asian teenager. Still, you can fool around and have fun.

Con artists, while using the same techniques, don't do that for fooling around. They are pretending to be someone else in order to steal your money. While you won't become a scam's victim on jump4love, thanks to our security system, you can easily become a victim on other dating services. In order to escape becoming a victim of online dating scam, you need to know how to tell them. While the most popular way to fool money out of men is a poor girl who needs money for the treatment of her bedridden mom, the most popular way to fool money out of women is a military man. So, let's figure out how how to tell a military romance dating scam.

If there are people who pretend to be veterans offline, then there are scammers who pretend to be military men online. There are thousands of women becoming victims military romance scam. The funniest point that they always use the same tactics. Despite that women get tricked again and again. In order to help you avoid becoming a military love scam we decided to give you away swindlers' typical tactics.

There are thousands of military men using online dating services in order to find a girlfriend. That's why you won't get surprised by coming across one. But they would give you an imaginary name. Google it. Regardless of whether he shows you his ID or not, Google his name. You should start suspecting something, if you can't match his name with his military rank.

2. Claims to Be Commanding Officer

Scammers do get smarter, but very slowly. They often claim to be commanding officers and while you may get excited, this is a clear indicator that you run into a dating scammer. Commanding officers don't call their girlfriends, fiancees and wives. Especially, when they are working in Africa or Afghanistan. Sounds quite familiar, right? He told you, didn't he? He told you that he was working in Afghanistan and needed money? Well, he's definitely a swindler.

Another typical dating scam tactic. You online date-mate is on a year-long deployment and is sent to R&R, and he asks you for money to travel back home. And you really want to help him, as coming back home gives you the opportunity to meet. What your scam date-mate is doing is using your total lack of knowledge about military. Yes, soldiers may be sent to R&R, but the government pays for that. Remember that next time, when your online military boyfriend-to-be asks you to lend him money.

Ways to Tell a Scammer

Feeling absolutely safe on jump4love because of the absence of scams, you may think that knowing the tactics of a scammer is enough, it's actually not. There are other ways to tell the scammer that you need to learn in order to not become a victim of an online hoax.

If you are chatting with online dating scam, you need to be extremely attentive to his photos. Thanks to the Google search by image you can figure out whether you are chatting with a real person or with a scammer. Did he show you his Facebook profile? Well, that means nothing. Military romance scam photos would give you a three to four Facebook profiles with the same man on the profile picture. Military dating scam pictures usually show your Benny Bennett or Derick Richards in a uniform. Sounds familiar?

You should also check the Facebook profile of your military boyfriend-to-be scammer. If you are dealing with a military romance scammer, then most likely his Facebook profile would make you suspicious. It's really inactive. There might be some re-postings but almost no original posts. You won't find any comments from his friends and relatives. Speaking about friends, you would expect a military man to have a lot of military friends, but they are nowhere to be found when it comes to his friend-list. Quite suspicious, isn't it?

As we've already mentioned above, scammers get smarter, but very slow. Online military scammers typically mess up with location. Today they claim that they are in Africa, while tomorrow they would be in Afghanistan. While they may give you some excuse for that, it would most likely sound unconvincing. That's when you start to suspect him in being dishonest. It's the most obvious sign of an online dating scam, and we are quite surprised that they keep on messing up on that.

They may ask you money to pay for the internet or ask you money to buys food. Generally they are asking you to give them a loan. And the main excuse is that they can't access their bank account which is an obvious lie. Aside from being an obvious lie, it's the dumbest lie that you can ever hear from a military romance scam.

Last but not the least, whenever you get suspicious you should tell everything your friends and relatives. They are most likely to tell you that you are crazy and that's an obvious hoax. And you should listen to them despite the high temptation to blame them in being envy and unable to be happy for you. And they are right, if you've been noticing the online dating scam signs in your conversations with your military date-mate. You should also listen to yourself. Most likely you've got suspicious from the very first, but your believing in romance made you ditch those suspicions. But you should pay attention to your inner voice that tells you that something is wrong.