Is 4Ocean a Legit Company? Everything You Need to Know :: Jump4lovescam.com

Is 4Ocean a Legit Company? Everything You Need to Know

In recent years, more and more people have begun to think about the problem of environmental pollution. According to scientists, every year at least eight million tons of plastic fall into the oceans, which is about 3% of all waste in the world. 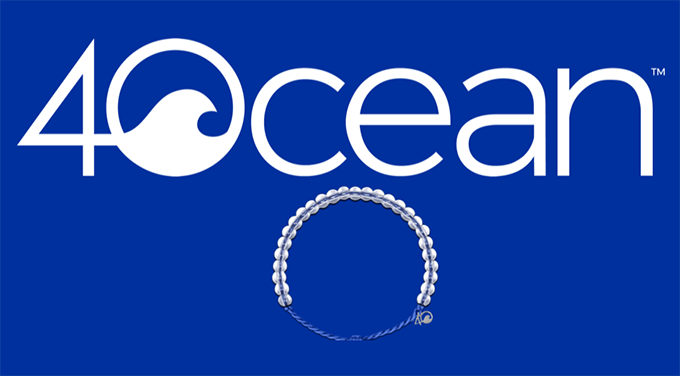 By 2050, oceans and seas will have more plastic than fish. Already, humanity is beginning to feel the consequences of its indifference to nature. Most of the fish used by humans for food, one way or another, contain traces of plastic waste in the stomach, which, of course, affects the general health of the population.

However, maybe not everything is lost, and we have a chance not to bring the situation to a critical point. The young environmental project we are going to talk about today is actively developing its activities. We will try to shed light on the recent updates connected with it and find out is 4Ocean legit or no.

Is 4Ocean a Real Company?

Yes, its headquarters is situated in Florida, USA. It is a private profitable company that specializes in removing garbage from oceans on the money earned from selling bracelets. Any person who would like to contribute to the planet-saving can buy a bracelet for $20, and the 4Ocean promises to get 1 pound of trash out of the sea for every order. It means, if you buy 20 bracelets – you help remove 20 pounds of plastic and other waste from the sea. The bracelets, as well as other items of the pack sold on the official site, are made of the recycled materials.

How Did It All Start?

It all started about 2 years ago, when two divers from the state of Florida, Alex Schulz and Andrew Cooper, arrived in Bali and were shocked by the degree of pollution of the inland and coastal waters. Even though fishing is the main occupation of the local population. Locals were not going to do anything to solve the problem because for them, the demand for seafood is more important, and no one wanted to work for free.

And then the guys took the situation into their own hands and founded a project called 4Ocean. The guys came up creatively to provide funding for their activities, they began to sell stylish bracelets from recycled material. The cost of one such bracelet covered the cost of collecting about a pound of garbage. Over time, the range of products offered expanded slightly, now reusable bottles are offered, as well as a "cleaning kit," which includes a bag, a baseball cap, a reusable bottle, gloves, and a T-shirt. All products, as before, are made entirely from recycled materials.

Now the 4Ocean team consists of more than 150 regular members, as well as a huge number of volunteers around the world.

The other day, a huge achievement was noted - over the entire period of its activity, 4Ocean caught from the ocean and collected 1 million pounds of garbage from coastal zones, which is approximately 454 tons. Of course, our planet is still very far from a complete “recovery,” and we can accelerate the process only by uniting. Anyone can contribute to rid the oceans of the world by purchasing the products on the official website of the 4ocean.com team.

The team is also actively educating so that many people are aware of the effects of ocean pollution. To this end, every month is dedicated to helping those especially affected by plastic. For example, in March, bracelets were coral to emphasize the need to preserve reefs, May was a month for saving dolphins and whales and bracelets were blue, and in June lime color – the company focused on saving sea turtles. 4Ocean bracelets are made of recycled materials and serve more a kind of notification about the contribution a person has made; they are of zero practical or esthetic use. So, is 4Ocean a scam? No.

Over the past months, there have been a lot of speculations concerning the company. Is 4Ocean a nonprofit? No, so the owners earn money from implementing the nature-saving projects into life as well as they need money to pay the people who pick up the trash and other workers.

As the members of the team report, they have noticed the ample attention of the media. Their fault was not being transparent enough about all the financial issues and paperwork which lies behind doing our planet such a favor. They, of course, wanted to clear things out, although they do not have to do this. Being a profitable private company, 4Ocean doesn’t need to publicly share their financial operations. But they understand that in the environment of lacking any data or information, people start coming up with their conspiracy theories and question the reputation of a company.

Are the Co-Founders, Andrew And Alex, Putting Money from the Sales to Their Pockets?

No, as they have published their tax returns, it can be seen from the official documents that each of the initial owners have earned no more than 0.7% from the total revenue since the moment 4Ocean was founded. All the rest is invested in environmental research, educational projects and clearing out the oceans, first of all. The number one priority of the company was, is and will be to help nature and teach people to save their resources, not to just earn money. We are sure that if these guys wanted to provide for themselves, they would have chosen another easier method. So, is 4Ocean a legitimate organization? Totally.

What Is the OPR Vessel?

In 2018, the company announced the building of OPR (Ocean Plastic Recovery) – a huge sea vessel that will operate the clearing up of plastic from the sea. And since then, there were a lot of speculations about it. Since it is not ready yet, the videos of the project have been removed from the site. This, of course, made people think the vessel was just a marketing hook, aimed at catching the public's attention. In the conditions of misinterpreting some of the facts, people start questioning everything. But the marketing department claim they have something to serve to the public in the nearest future. Maybe, the OPR will be finally launched to start clearing the trash from the coastal and sealing areas all over the ocean.

Finally, 4Ocean says that they have already removed more pounds of trash than the bracelets sold. The rest of the amount earned is aimed at helping other partnering organizations all over the world, sponsorships for environmental projects and raising awareness among people. But because the company is one of the newest and biggest out there, it gets all the public attention. 4Ocean bracelets scam stories from users are baseless, as all the people who have paid for their bracelets, got them delivered and could feel their contribution to the global change. Those, who argue if all the money earned by the company are spent as claimed, focus on the wrong things.

So, the initial and the most important aim of 4Ocean is to tackle the problems which our population has faced, it contributes a lot to solve the existing crises. And people should pay more attention to what is done by the company than what it claimed but failed to accomplish. The visible change can be seen in the reports – 3 million pounds of trash has been removed and recycled by the company over the last 3 years. Is 4Ocean a legit company? To our mind, yes.