Is MacKeeper a Scam? :: Jump4lovescam.com

Is MacKeeper a Scam?

Probably, every Apple Mac owner had to deal with two things: the fact that his Mac starts to run slow sooner or later and with the annoying advertising of the MacKeeper program. Just "for a pittance," the program offers to eliminate the failures and make the Mac work as fast as in the first days after installation. However, not all that glitters is gold... Does MacKeeper work at all? Let's consider why there are so many negative MacKeeper reviews and why critics do not recommend using this antivirus program. 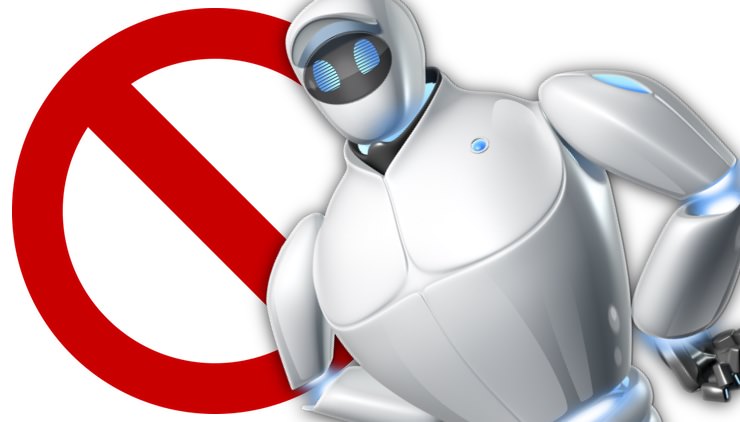 Probably, every Apple Mac owner had to deal with two things: the fact that his Mac starts to run slow sooner or later and with the annoying advertising of the MacKeeper program. Just "for a pittance," the program offers to eliminate the failures and make the Mac work as fast as in the first days after installation. However, not all that glitters is gold... Does MacKeeper work at all? Let's consider why there are so many negative MacKeeper reviews and why critics do not recommend using this antivirus program.

First of all, let’s answer the question that bothers a lot of people “Is MacKeeper legit?” Yes, this antivirus program is completely allowable. MacKeeper developers position the application as a way to ensure Mac security and performance. So, let us discuss the features of MacKeeper in a few words:

Personal Expert – according to the product description on the MacKeeper website, all app subscribers are offered round-the-clock technical support provided by company employees. But in fact, this is an unnecessary and even unsafe service. If you encounter a small problem, it is easier to look for a solution to it in Google, Apple, or on the specialized discussion boards. If you still decide to contact the MacKeeper technical support service, remember that it is very risky to provide remote access to your computer to a complete stranger. In such cases, it is best to contact trusted people.

Safe Cleanup – MacKeeper includes features that allow you to delete unnecessary system files, optimize RAM, uninstall applications, or check the amount of free space. In fact, users can perform all of these actions on their own, using operational and free third-party applications, and not spend money on a paid MacKeeper subscription.

Automatic Update – according to the information on the site, MacKeeper prevents applications from automatic start and updates installed applications in automatic mode. However, the user can perform any of these actions independently.

Search, Recover, and Backup – MacKeeper offers features for finding lost files, restoring them, or backing them up. But you can use the search services such as Spotlight or Finder to find the files you need, different free applications to recover accidentally deleted files, or the Time Machine data back-up system to create backups. Privacy – MacKeeper encrypts files to protect them. However, this feature is not so necessary given the fact that macOS already has a built-in encryption system called FileVault.

Security – another useless feature of MacKeeper is an antivirus designed to provide protection against identity theft and various malicious programs. Although the number of malware for macOS is growing, ordinary users are unlikely to encounter it if they follow simple safety rules.

Is MacKeeper safe? Data leakage related to inadequate security has long been familiar to MacKeeper. Nevertheless, it is much worse when the victims of such incidents are companies specializing in the production of protective solutions. In December 2015, a security expert Chris Vickery discovered in the public domain a database containing logins, license numbers, password] hashes, and public IP addresses of 13 million MacKeeper users. Vickery informed the developers about his finding and they quickly eliminated the vulnerability that made the data leakage possible. As it turned out, the company stored data on a public server that even does not require authorization.

Mac computers are famous for their stable performance even after several years of use, and if the device starts to “run slow”, MacKeeper may be one of the reasons. It is one of the most obvious signs of MacKeeper scam. Over time, most users who have installed Mackeeper by mistake or inexperience notice that instead of the promised increase in performance, the MacBook starts to run slow and lag hard. It happens not only because the program itself takes part of the computer performance in the background but also because its files are scattered in many directories, thereby creating an additional load on the system. Consequently, small problems quickly turn into big ones and the system transforms from “a bit slow” to “wildly slow”. All that most MacKeeper users want after some time working with the program is to find out how to remove it. In many cases, the users even have to resort to complete reinstallation of macOS. One of the visitors of the Mac forum wrote in his MacKeeper review “My computer really became faster... simply because I “demolished” MacKeeper and reinstalled the OS.”

Even without taking all of the above into account, some of the practices applied by the MacKeeper Company regarding its customers make us doubt the reliability of the developers. For example, MacKeeper uses various dirty marketing tricks and scare tactics, displaying numerous threat notifications. Thus, the program is trying to force users to continue subscribing or pay for an upgrade.

The installation procedure itself is surprising. Usually, all the files of a new program appear in one place, from where it is easy to delete them with a single click. But MacKeeper has its own way. The installer scatters files in different directories, which already complicates the operation of the OS. Some people think that MacKeeper is a virus. And it is not unfounded suspicions.

In fact, MacKeeper is not a virus in the real sense, but rather a malware with very aggressive marketing. Actually, the utility program was created as a means of cleaning and fixing errors on a computer, but over time, it started to be in bad repute for the methods of its distribution and activation.

The program is known for its aggressive and shameless "behavior". The MacKeeper user constantly sees various tabs and virus notifications, recommendations to clean the Mac and download some additional utility, suggestions to speed up the computer, etc. Moreover, to perform these functions you need a paid activation of the program. Thus, MacKeeper obsessively terrorizes the user, forcing him to buy a license at a fairly high price. In addition, affiliate advertising constantly appears in the browser and the program replaces the home page, search engine, etc.

In 2016, the YouTube channel called LUWADO posted a series of MacKeeper video reviews urging users not to install the utility. As a result, the development company threatened the authors of the channel with a court if they didn’t remove the videos.

How to remove MacKeeper

Using this guide, you can remove MacKeeper from the system, regardless of the type of installer (.pkg or .dmg).

1. Close the MacKeeper application.
2. Move the MacKeeper.app file to the Trash. To do it faster, you can use the keyboard shortcut Cmd + Delete.
3. Select "Uninstall MacKeeper" and remove it.

Please note: all the backups created using MacKeeper are stored on the hard disk drive of your computer for security and fraud protection and available even after uninstalling the MacKeeper application. In this case, all the encrypted files are hidden, and you can open and edit them only using MacKeeper. Therefore, decrypt the files you need before uninstalling the application.

Attention! To uninstall the MacKeeper application completely, restart your Mac.

To sum up, we have listed the main reasons why you should not install MacKeeper on your computer. In order to protect and optimize the system, it is not necessary to buy useless software, you can just use helpful Mac services and a number of free tools.